The event witnessed an enthusiastic response from students and incubated start-ups and inspired discussions among the panelists were witnessed at all the four tracks of podcasting, blockchain technologies, global employability and startup incubation.

Talking about ‘JAZBA’ the E-Cell, Prof. Sumeer Walia, Director CEED, Chitkara University, said, “Jazba or passion is very much related to entrepreneurship as risk-taking ability, freedom and creativity are all a part of the process. Moreover, entrepreneurship is about daring personalities who have the passion to walk on the cliff and take risks to build great enterprises, that’s why we named our e-cell as JAZBA.”

“Such events form an integral part of the career of a student. If a student has experienced global exposure by being an intern in an international start-up, it adds a tremendous amount of confidence and hones the personality and skills,” said Ms. Nupur Mahajan, Director, Learning at Ingenious Faces, New Delhi.

“Failure is a new qualification that is respected by top employers and podcasting is the future communication methodology where we can leverage the power of audio and turn it into a business,” said Ms. Souniya Khurana, Founder, WYN Studios, New Delhi.

“Startup is a new way of creating and developing the product and delivering a service in an innovative way. The focus of incubators should be the development of a founder’s mindset and creating founders rather than creating only innovators,” said Dr. Puran Singh, Faculty and Head IIT Mandi Catalyst Program.

Lauding the event, Dr. Madhu Chitkara, Pro-Chancellor, Chitkara University, said, “Entrepreneurship development has been one of our focus areas. Chitkara University Himachal Pradesh has a successful record of creating some brilliant start-ups such as Chai Nagri, ROBO Champs, SD Academia and many more.”

Talking about the future events of JAZBA, Prof. Sumeer Walia, Director CEED, said, “In December, a huge event ‘Hackday 2021’ will be conducted where teams of students will compete against each other to create problem-solving business ideas using AI-based technologies.” 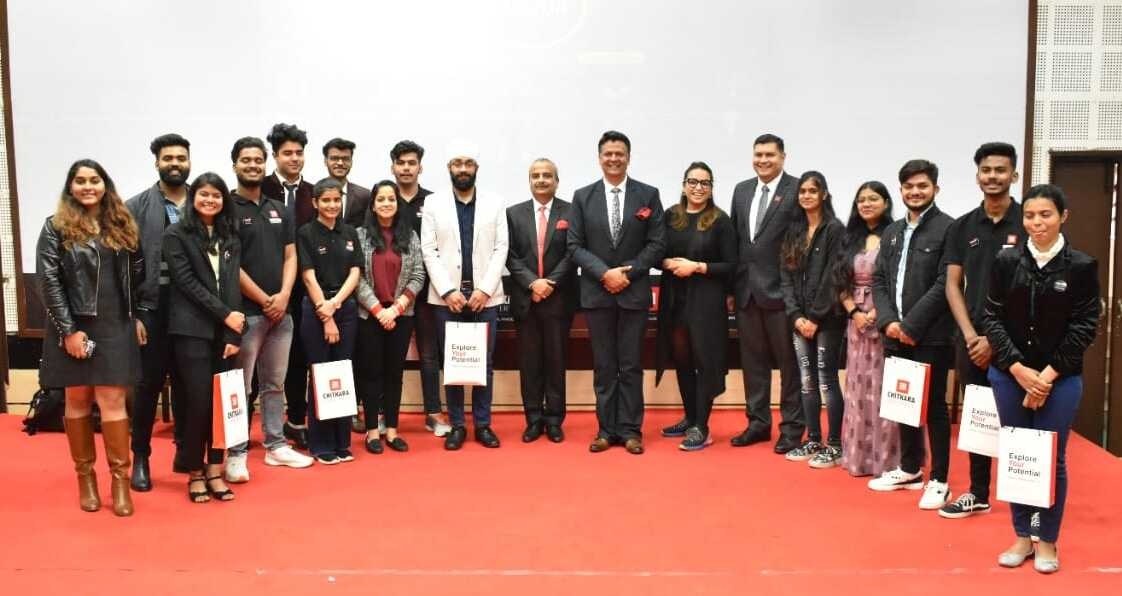