The event provided the students a platform to explore their potential as 17 teams of potential start-ups from CSE first year took part in the world’s first AI-technology based hackathon.

The event started with an informative session on entrepreneurship by Adit Goswami where he told the students about the entrepreneurial mindset. It was followed by a session by David McDermott and Avery Maune who discussed the misconceptions of Blockchain and use of AI in Ecology. Avery Maune said, “I wish we could use AI in Ecology as there is a big scope of human error in analysis. Animal traits tell a lot about human behaviour as well.”

The first prize of HACKDAY was secured by the team “Pirates of Fire” founded by Harsh Srivastava. The teammates included Ayushi Pathak, Ishan Chaudhary, Kunyalik Kanwar and Ankita Thakur. The team’s idea revolved around an AI-based fire extinguisher robot which will know the occurrence of fire and will be able to extinguish it with sound. The team won soft commitment of Rs. 1 crore from the jury and investor Akhilesh Jain and a confirmed commitment of Rs. 1 Lakh towards prototype development.

The second prize was won by team “Goal diggers” founded by Aditya Sharma. The team members were Suryam Bhukania and Saurabh Shukla. This team worked on a project which will help people suffering from Alzheimer’s disease and also help in curing depression.

Team “The weaponries” founded by Abhinav Sehgal won the third prize. The teammates included Anjori, Akshita, Akshat and Anmol. Their idea was to introduce AI holographic projection into the optical sight of a soldier by a new product – ‘HARA’ that is based on hologram, to match the requirements of future warfare. 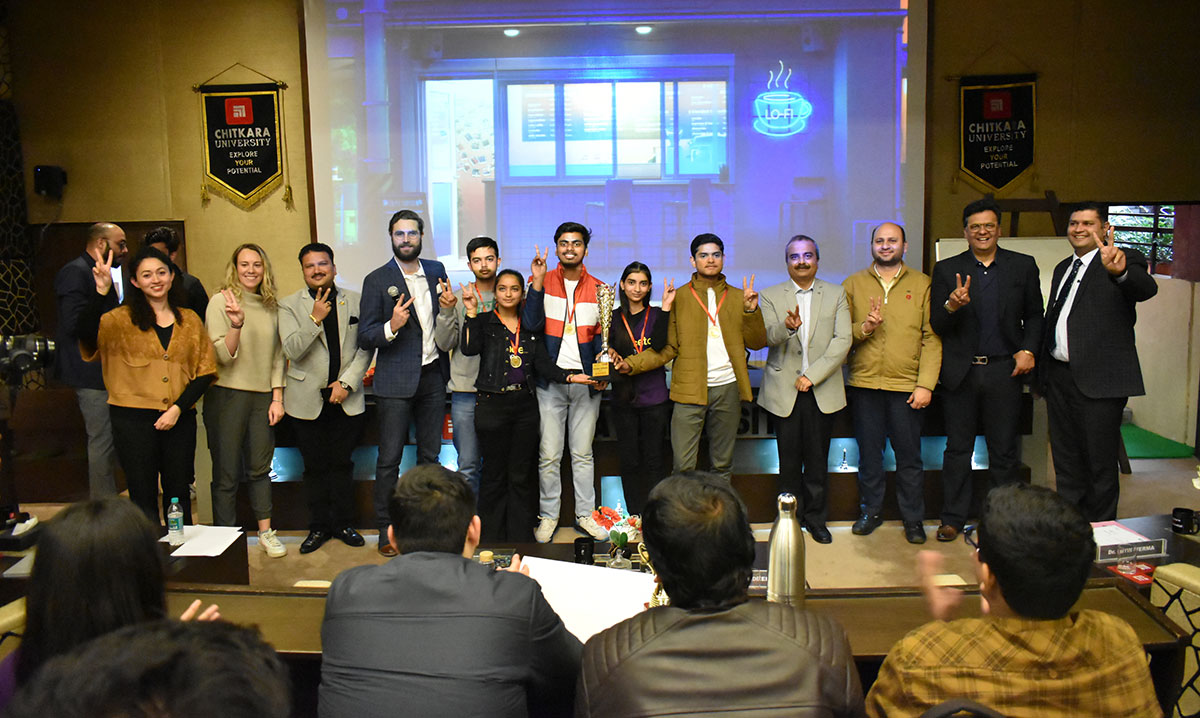