Chitkara University, Punjab has been ranked 10th with an overall score of 474.75 out of 1000. The university scored 202.4 in Academic and Research Excellence, 98.2 in Industry Interface and Placement, 60.27 in Infrastructure and Facilities, 94.18 Governance and Admissions and 19.62 in Diversity and Outreach.

Chitkara University, Himachal Pradesh, on the other hand, has been ranked 26th in ‘Top 50 State Private Universities’ by Outlook-ICARE India’s Top University Rankings 2021 with an overall score of 413.78 out of 1000. Chitkara University, Himachal Pradesh scored 191.4 in Academic and Research Excellence, 87.83 in Industry Interface and Placement, 54.07 in Infrastructure and Facilities, 65.23 in Governance and Admissions and 15.25 in Diversity and Outreach.

Outlook’s annual ranking of the top 50 state private universities in India is based on several parameters such as academic & research excellence, industry interface & placement, infrastructure & facilities, governance & admissions, and diversity & outreach. The outlook draws on data from NIRF, AISHE, AICTE, NAAC, and other organisations that require institutions and websites of institutions to publish all-India rankings. Different categories of metrics are evaluated objectively based on the basis of institutions performing against each other in the same category. Most importantly, to re-emphasize, the evaluations were based on objective data, most of which were derived from zero reliance on reliable third-party sources and voluntary submissions.

The ranking of India’s top universities by Outlook magazine aims to help students in the college selection process and make an informed choice to find the best colleges in the country for themselves.

Higher education systems are rapidly expanding around the world to meet the growing need and demand for education. In a globalised world, more access to higher education improves individual opportunities as well as a country’s economic development and competitiveness. Quality and accountability have become increasingly important to governments and educators around the world in this changing environment. Rankings, ratings, and national evaluation and accrediting systems have substantial implications for many developing nations, particularly for higher education institutions’ governance and internal management, as well as connections between institutions and governments, and between institutions and their stakeholders.

Chitkara University had topped the charts in India’s best colleges in several categories, including Hotel Management, Architecture, Media, Engineering, BCA, and BBA, in Outlook Magazine’s rankings which were released in August 2021. 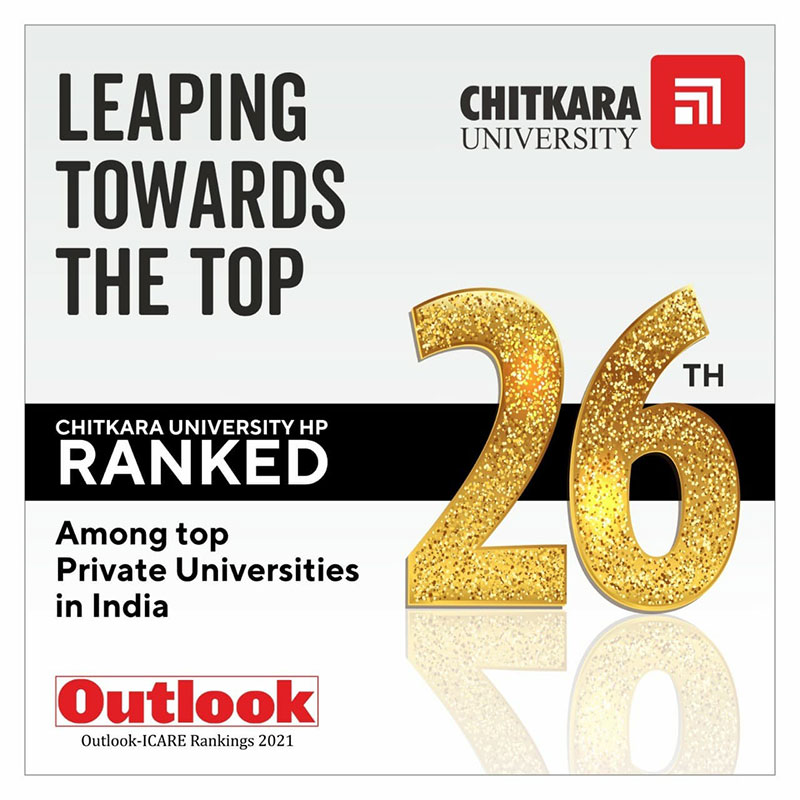